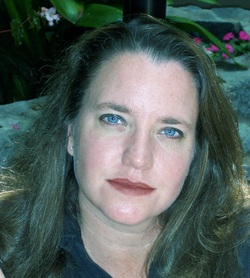 Monique attended the University of Southern California's Film School where she earned a BFA in the Filmic Writing department.  Monique worked in television for several years before joining the family business. She now works full-time as a freelance writer and novelist.

She's currently working on an adaptation of one of her screenplays, her father's memoirs about his time in the Air Force's Air Rescue Service, a literary fiction novella and the next in the Out of Time series.